We, the Congress of the People, are united with our fellow citizens in pursuing a vision where we graduate to become a people with a common identity, a patriotic sense of national belonging and a great and abiding passion to build South Africa into a country that will enable all its citizens to enjoy equality, prosperity and freedom.

Our commitment to developing South Africa commences with its pledge to realise the dreams of our forebears as were first encapsulated in the Freedom Charter and as well as to take forward the values deriving therefrom which were subsequently embodied in the Constitution of South Africa.

In pursuit of that commitment we will remain bound at all times by the Constitution and will faithfully and staunchly advocate constitutional democracy in South Africa and within COPE as well, in order to foster a culture that promotes the rule of law, human dignity and accountability. 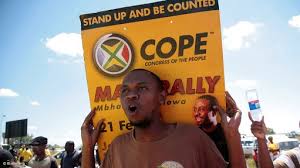 The defence of the Constitution of South Africa will therefore always constitute the cornerstone of for our actions.

We pledge ourselves to a South African electoral system where the ideal that the people shall govern is made manifest through such electoral reform as will make possible the direct election of the President, Premiers and Mayors by the people themselves. 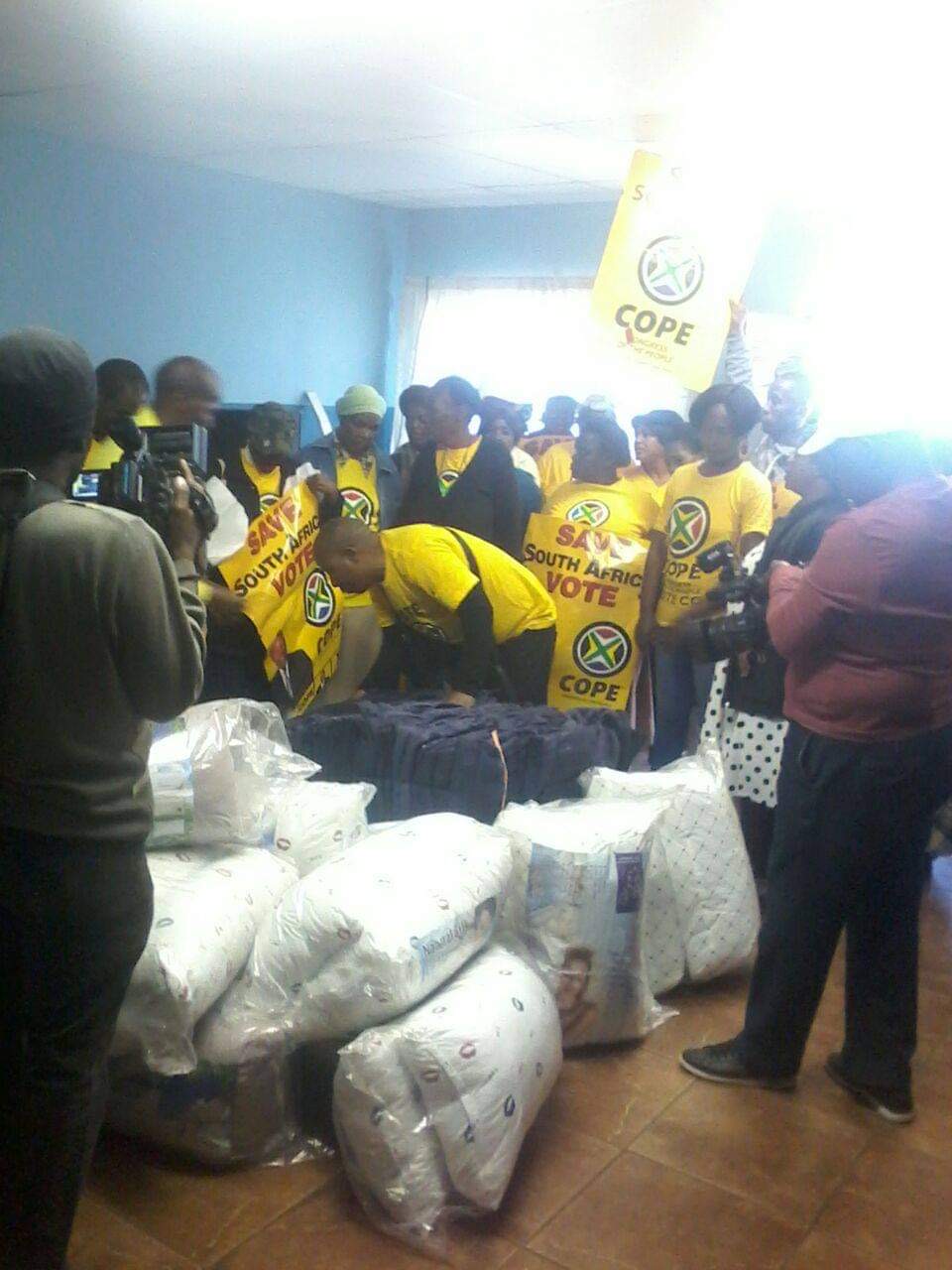 In pursuance of this pledge, members of COPE will participate in electing the partys respective candidates for the positions of President, Premiers and Mayors. 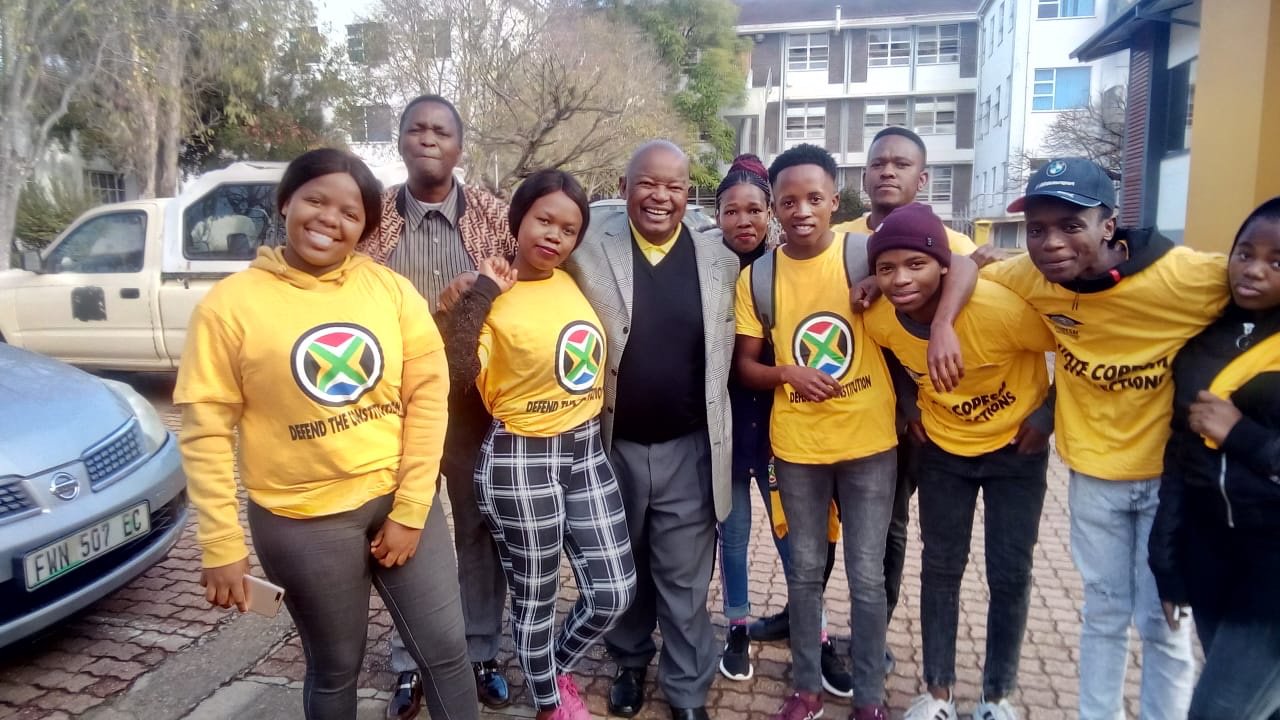 We also pledge our commitment to the principle of equality before the law as enshrined in South Africas Constitution. Furthermore, we undertake that our members will be disciplined, transparent and accountable at all times.

We pledge full commitment to a democratic state and to democratic processes in South Africa. To foster this democratic culture COPE will abide fully by internal democratic principles and processes that make our party more representative and inclusive by giving effect to gender equality and greater youth representation. 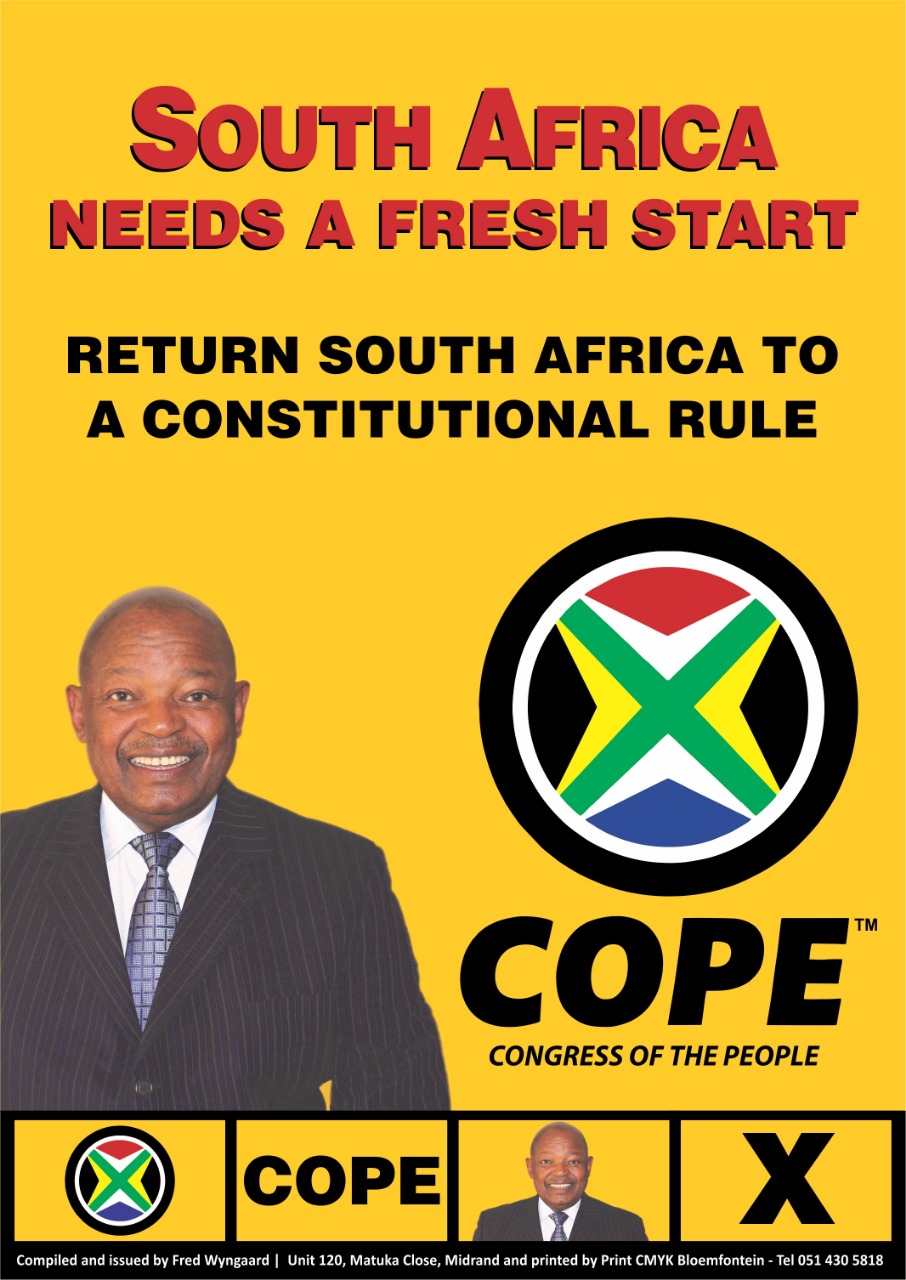